Traditionally the open boats known as skiffs were actually utility boats that had a purpose, but were also often raced “out of hours” so to speak.  They came in many varied lengths from 16ft to 24ft, and were raced over long courses (around 12 miles) and with a complicated handicap system that mean the winner wasn’t determined for a long time afterwards.  It was Mark Foy that first came up with a plan to make his beloved sport of sailing more appealing – make the racing exciting and fast, add colourful logos to the sails, and a “first past the post” race handicap system.   Even now, that sounds like a plan!  The year was 1892.

So for a number of years, things were going swimmingly.  The Sydney Flying Squadron was the home for all 18ft skiff sailing, and they conducted regular racing using Foy’s “staggered start” handicap system.  The boats were typically 8ft beam with a “heel” aft, very traditional looking for the time.  Eventually in 1912-13 the first Australian Championship was held.  However by the early 1930s, the expense of these big boats was taking its toll, and fewer new boats were built.  Suddenly, a departure – The Scot, a 7ft beam boat, ignored by the establishment as a “fad”.  But Fred Hart in Queensland saw the opportunity and built the radical, heel-less skiff Aberare, the legendary “Galloping Ghost”, which carried roughly half the crew of the existing skiffs.  After winning 23 races from 31 starts, including 4 consecutive Australian titles, the establishment decided to ban the skiff and “protect” the 8ft beam big boats. 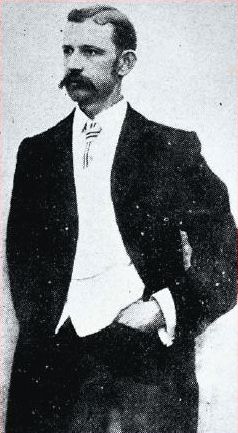 James Joseph Giltinan, another entrepeneurial Sydney businessman, created a new 18ft skiff club following the banning Aberdare.  Giltinan was no stranger to creating “rebel” competitions, after creating the breakaway “rugby league” competition from the established rugby union.  He promptly declared a regatta for the ‘James J. Giltinan Trophy for the World Championship’ was created and the initial regatta staged on Sydney Harbour in January 1938, coinciding with Sydney’s 150th anniversary.  This ornate trophy is raced for by sailors from around the world each year in Sydney, hosted by the Australian 18 Footers League at Double Bay.

Though the field is dominated by the locals, there have been a number of international winners in recent times, with Howie Hamlin from the USA winning in 2002 and 2003, as well as Rob Greenhalgh from the UK winning in 2004.  Recent form from Kiwis Alex Vallings (C-Tech) and Dave McDiarmid (Yamaha) in the 2013 Mark Foy in San Fransisco (held during the 34th America’s Cup), as well as Ginge’s win in the 12ft skiff Interdominions in January, could see the trophy heading across the dutch.  Teams from New Zealand, USA, UK, Germany and Denmark will be competing this year. 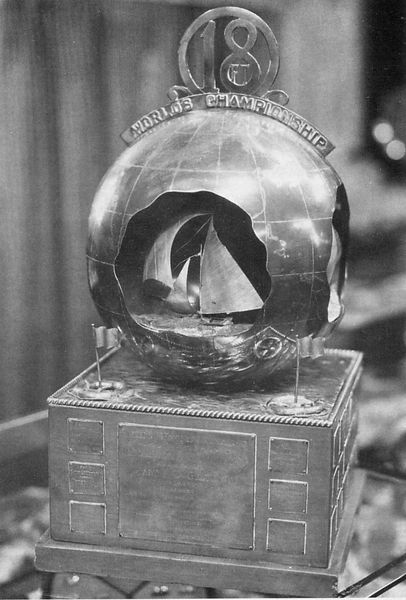 However, a certain Seve Jarvin may have something to say about that.  A new Gotta Love It 7 skiff this season, he’s wrapped up his fifth Australian Championship earlier this month, as well as securing the 2014 NSW Championship last weekend.  He’s already won five (including the last four), and is set to match team manager and sailing legend Iain Murray in winning six if he can keep up the current pace.

It’s not like Jarvin is the only form Sydney skiff.  Last year’s JJ came down to the final race, with Coopers – Rag & Famish Hotel (Jack Macartney) in a position to snatch the title, however a capsize saw Rag’s chances disappear.  This year, the team also has a new hull as Coopers 62 – Rag & Famish Hotel, and has continued with strong performances.  Other skiffs that are likely to perform well include Thurlow Fisher Lawyers (Michael Coxon, winner in 2006 & 2007), Mojo Wines  (Chris Nicholson), and one Malcolm Page, an Olympic Gold Medalist, skippers a very strong team onboard The Kitchen Makers.

While not expected to make waves in the results, I’m going to make mention of the three Brisbane skiffs, Winning Appliances (Shane Smith), PB Towage (Josh Franklin) and Ullmans Sails Brisbane – Brisbane 18 Footers (Laurie Williamson).  All of the Brisbane skiffs have been racing hard since the New Year and some have even made use of Brisbane based Olympic coach Adrian Finglas for some additional training.  Here’s hoping they can get up to the pointy end of the results despite running shoestring budgets!

The regatta starts this Friday with the Invitation Race, and concludes with Race 7 on the 9th March.  The League will have the races “live” online with trackers in each boat, and publish results and photos here.  You can also follow them at 18 Footers TV.com, Facebook and all good sailing news websites such as My Sailing and Sail World.

For those with pay TV, keep your eyes open for an upcoming story on Mainsail on the history of the Giltinans!